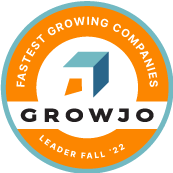 What Is Core Scientific?

Core Scientific is a leader in Blockchain and Artificial Intelligence hosting, transaction processing and application development. In an increasingly distributed and connected world, we believe Blockchain and AI will fundamentally change the way information is processed, shared and stored across a range of industries. Core Scientific is pioneering new innovations and best practices in this nascent landscape, with demonstrated capabilities operating Blockchain and AI infrastructure at scale. Our platform is trusted by large-scale partners around the world to deliver reliable solutions that quickly adapt to dynamic market conditions. Core Scientific's corporate headquarters are located in Bellevue, WA.

In a bid to enhance shareholder transparency, cryptocurrency miner Core Scientific (NASDAQ:CORZ) on Monday has started to report daily...

Other Companies in Austin