This list was created because of our own itch we wanted to scratch. Growjo is based in Boulder and we anecdotally noticed that on average there were a lot of fast growing companies in this town in comparison to other places we have lived. But we wanted to see if that was really true. So we built this list. As it turns out we were correct, but we found some other cities that surprised us like Provo, Huntsville and Gainesville. The plan is to update this yearly so we can keep tabs on the startup ecosystem as it pertains to cities.

First we took a list of the fastest growing companies in the US according to the Growjo 10000 and separated the most rapidly growing… any company with over 30%+ employee yearly growth. Then we segmented them off by their headquarters city and compared that to the city's overall population. E.G. Boston averages around 78 startups with over 30% growth per 1 million people. 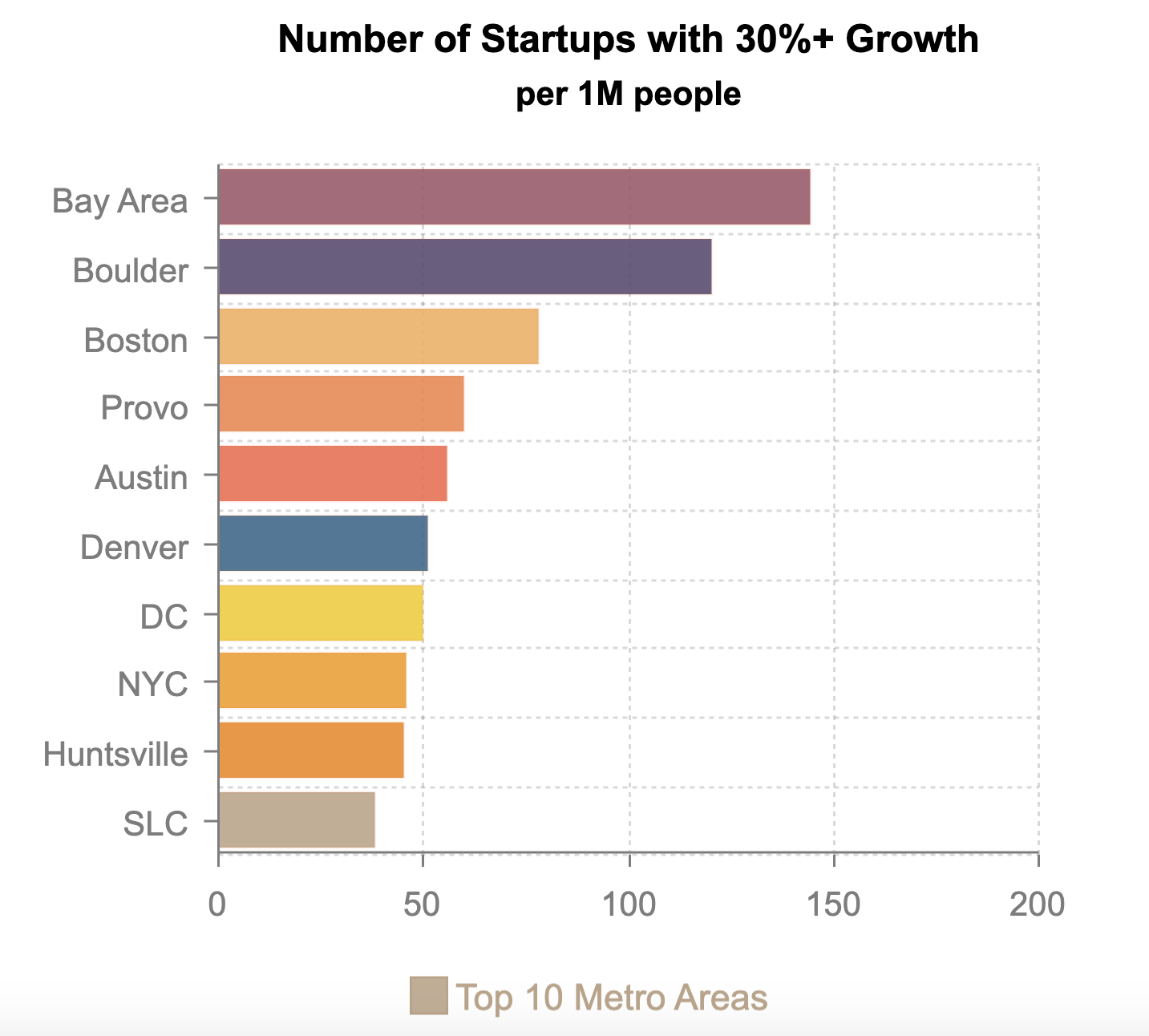